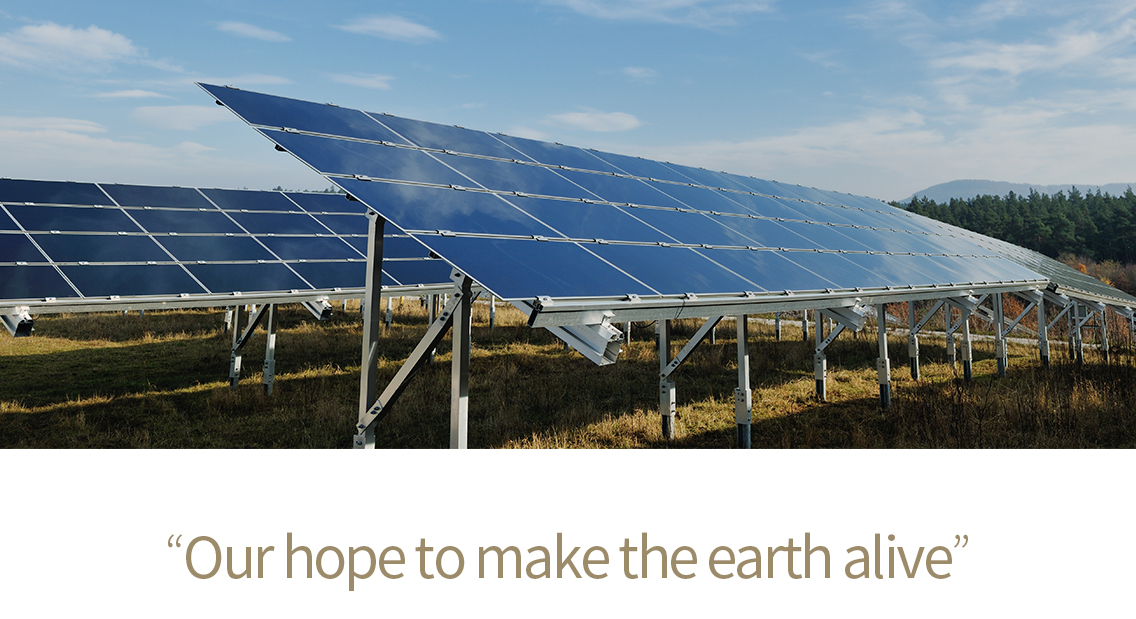 waste energy and others, and it does not include coal, oil, nuclear energy and ntural gas. In addition,

(Article 2 of the Law Promoting Development, Use and Distribution of Renewable Energy).

They are as follows.

During the recent decade, energy consumption in Korea has recorded annual rate of 10% increase, the highest one in the world. ​

The rate of annual increase of global warming gas emission has also recorded number 1 in the world.

Fortunately, implementation of the Global Climate Accord has been postponed. ​

But, soon Korea has no choice but to participate in it. Thus, it becomes urgent to develop renewable energy.

As kinds of renewable energy which have been developed and are put to practical use in advanced countries, solar energy and wind energy are the most popular. ​

And, development of renewable energy using biomass, geothermal energy, wave power, and tidal power, etc. are actively underway. According to the Future Technology of the US published by George Washington University in 1998, 10% of energy consumption will be taken up by renewable energy. ​

And, according to the Energy White Paper published by the EU in 1997, the EU has a plan to upgrade the proportion of renewable energy two times to 12% by 2010. ​

In Denmark which can be described as the Mecca of wind power, 4,900 wind turbines produce electricity of 1,135MW, 7% of electric consumption in Denmark. Denmark is very active in developing renewable energy. ​